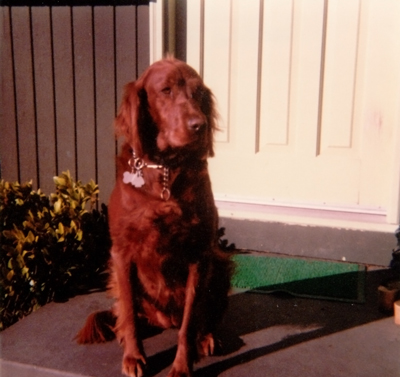 Shannon at home in University Place

Now that Taylor is 17 weeks old, she’s really growing up to be a pretty fantastic dog! Having a dog again has really reminded me of the previous dogs that have come through my life. Most recently Princess whom we still miss every day and my childhood dog, Shannon. Shannon was a beautiful Irish Setter and just about the sweetest dog I’ve ever met.

Shannon came to us one morning while my mom and I were waiting for the bus to ferry me to Kindergarten. After I left on the bus, Shannon followed my mom home. We put ads in the paper and eventually someone called, described the dog perfectly and said “Her name is Shannon, I’ll be right over to get her.” He never came and never called back, Shannon was officially part of our family.

Our neighborhood had a fairly large forest behind it and rarely a day went by that Shannon and I were not exploring every nook and cranny of that forest. My friend David Little and I frequently rode our bikes into the woods and while we were establishing JD’s Cove, our secret whistle and handshake, Shannon could be seen romping through the brush uncovering all manner of critter.

We had a piece of lake property down in Ocean Shores and would frequently head down for the weekend. As soon as we arrived and let Shannon out, no more than 10 seconds went by before we heard a loud splash and Shannon was in the lake. She’d spend all weekend in the lake and bounding through the fields along side me as I rode my bike.

Back home, Shannon had a penchant for lying in the middle of our street and affectionately earned the nickname “neighborhood speedbump”. Cars would come flying up the street, see Shannon, jam on the brakes and honk. Shannon would casually lift her head and look at the driver as if to say “Maybe you should slow down bub.” and then resume her nap. The driver would back up and go around.

Should the dog catcher be in the neighborhood, rarely would he catch her. Rather, she’d lead him home and we’d get the leash law lecture. I think my parents did have to bail her out occasionally though. She was my faitful companion all the way through high school. She was a great dog and many of my fondest memories include her. So Shannon, wherever you are, I know you and Princess are looking over little Taylor. We thank you! 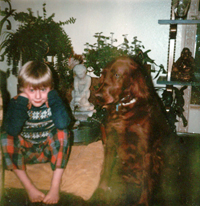 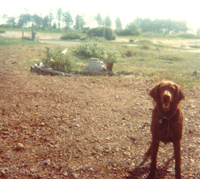