Keepin up with the Jones’ . . .
262
post-template-default,single,single-post,postid-262,single-format-standard,theme-elision,elision-core-1.0.11,nested-list,woocommerce-no-js,ajax_fade,page_not_loaded,qode-theme-ver-4.5,wpb-js-composer js-comp-ver-6.6.0,vc_responsive

admin   |   General   |   No comment
[SIGH] I’m an impulsive geek, that’s one thing for sure. Once I start getting in my head that I want something, it usually won’t be long before I have it. However, now that I’m married, I at least discuss it with Teri first. 🙂 So you’ll remember a couple posts back I mentioned wanting a new TV and receiver. Specifically the WD-57833 Mitsubishi TV and the Sony STRDA-5300ES receiver. Well today I ordered a new TV and receiver from Crutchfield. I ended up not going with the Sony receiver, I went instead with a Denon receiver. Specifically the AVR-4308CI. After reading reviews, deciding on what features were really important to me, and finally convincing myself that I wanted a true pro-level receiver the 4308 sounded like the best option. So specifically for me it has:

Long story short, it will be a fantastic receiver for MANY years to come and offer the expandability to grow with my needs. Coupled with the new Mitsubishi TV, the Xbox HD-DVD player, an eventual Blu-Ray player, etc. My home theater will have never sounded or looked better! 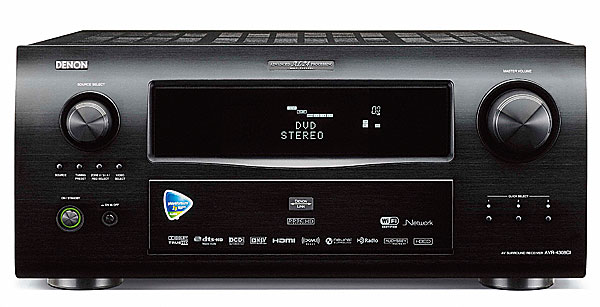