Why do I open my big mouth?
So some background here . . . one of my all time favorite “Y Guys” is Phil Carter. 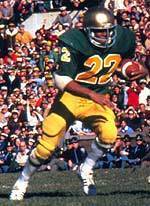 When I was in high school and just out . . . I worked at the Tacoma Center YMCA. One of the fitness directors was Phil Carter. He’s a great guy. Awesome sense of humor, an amazing athlete (stand out star at Foss High School and Notre Dame), and just all around good guy. When I left to work for Boeing, Phil followed a few years later to run their Oxbow fitness facility. He eventually returned to the Y and he and I lost touch. Well, he’s back and is now executive director of the Mel Korum Puyallup YMCA. I ran into him a couple weeks ago. I was shocked that he remembered me. Anyway, in high school as a swimmer, I could always whip Phil in the pool. He just was never a swimmer. Now mind you, it’s the ONLY place I could whip him, but at least I had that. Lo and behold this morning when I got in the pool, who should come in right behind me? Phil Carter. So we shared a lane. I’m still faster. 🙂 We were talking and I said “You know Phil, I’ve never known you to willingly get into a pool . . . what’s up?” Phil Replied that he’s starting a Triathlon training group and the goal was to meet at 5:40AM on Tuesdays and do 30 minutes swimming, 30 minutes biking and 30 minutes running. After swimming myself into delirium for a few minutes, I told Phil I’d join his group next week. So right now, the “group” consists of Phil and I . . . as no one else showed up. I told Phil next week I’d do the swim and bike with him and depending on how my knee felt, maybe walk a bit. Why do I open my big mouth? UGGGH.

Teri goes to Tight Cuts
So yesterday, I worked a half day as Teri was off I wanted to spend some time with her. We met at the house at noon and she accompanied me down to Yelm to drop off flyers at my new listing. On the way out and back, we stopped various places to shoot pictures of the mountain in all her glory. (Pics to come) When we got back into town, we both decided we needed haircuts and I called Tight Cuts to see if they also cut women’s hair. They do. For those of you that don’t know, Tight Cuts is a shop that caters to men. They employ only women. Most of them are pretty cute and their “uniform” is a short black skirt with a tight white t-shirt top (generally low cut). When you walk into Tight Cuts, you’re greeted by big screen TV’s playing sports, XM Satellite radio is playing, only men’s magazines sit next to the plush leather chairs and you’re handed a beverage of your choice (no beer or liquor). The shop chairs are wide plush leather and very comfortable. With your haircut, you get a shampoo and condition, scalp massage, 5 minute neck and shoulder massage and a hot towel on your face. It’s a GREAT overall experience. So when Teri said she wanted to go, I wasn’t quite sure how she’d react to the whole scene. Overall I think she really enjoyed it. And for her anyway, it was a lot cheaper than the salon she’s used to going to.

Maintaining Focus
I’ve been slipping as of late on my focus. I’ve not been in the gym as much as I’d like. I’m eating out more, including the drive thru. I’ve had soda a few times in the last week. I don’t know why, but about a month into it, I usually wane and end up back where I started. As of Friday at least, I haven’t gained a whole lot of weight back, but if I continue on this path, I will. As of Friday morning, I was at 312.5 . . . up 1.5 lbs from the previous Friday. Maybe that’s why I did a mile in the pool today? I’m going to stay out of drive thrus and restaurants the rest of the week and hopefully I can be back at or below the 311 mark. Especially if I’m in the gym Wed – Fri as well. Wish me luck. I’ve got to persevere!

There, now we’ve done a mile together.