Why I love my Home Server
460
post-template-default,single,single-post,postid-460,single-format-standard,theme-elision,elision-core-1.0.11,nested-list,woocommerce-no-js,ajax_fade,page_not_loaded,qode-theme-ver-4.5,wpb-js-composer js-comp-ver-6.6.0,vc_responsive

Why I love my Home Server 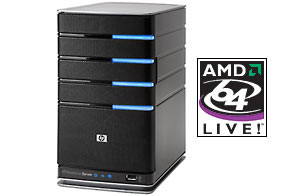 Last week I posted about the woes I was having upgrading the hard drive in my laptop. Well I finally figured out the solution and it had nothing to do with Windows Home Server. (I do think they could add some support for the issue I was having, but that’s another article) The issue ended up being that I had a dummy partition on my hard drive (Dell, seriously . . . WTF is this for?) and when I formatted the new hard drive, I created one big partition, so the file that tells the PC where the Operating System is was pointing to the second partition and not the first. Once I added a dummy partition in front of the other, it worked perfectly.

But I digress . . . There is a great article this week on Home Server Hacks about why WHS is so great. The premise is that you just simply don’t have to think about backups. It’s just done automagically. As long as your machine is on (or set to be woken up by WHS) it gets backed up. Every Night. Now having been a former systems administrator, backups were a big part of my life for a very long time. If I didn’t have good backups of my servers EVERY night, it could cost the company I was working for thousands of dollars in lost productivity if a hard drive failed, or something else happened. So I know better. But prior to WHS, I would MAYBE back up my laptop once or twice . . . a year. Now my laptop does not get backed up every night. But it does at least once a week or so. My home PC and my wife’s laptop each get backed up every night. If I actually took the time to come home and boot up my laptop, it would get backed up each night. And I’m going to try to get better at that.

So after the restore of my laptop with it’s new larger drive, I’ve had some quirky issues. Mostly dealing with activation of software, etc. Adobe, Microsoft, Apple all use an activation system that looks at your machine’s configuration when you activate the software. So if you restore your machine with a larger hard drive for example, you may end up with some issues. iTunes has been an issue, although quickly resolved. Adobe software was a huge issue. I couldn’t deactivate my CS3 to install CS4 and the friendly folks in Noida, India weren’t much help either. But the persistent problem I’m having is with Norton 360. For some reason the install of 360 is wonky. It keeps trying to want to install something. And I don’t have the original download for 360 and since the version I use is outdated, I can’t download it from Symantec any longer.

So I started perusing the WHS and lo and behold, on my home PC, I found the download. So now I’m off to re-install Norton 360. I love my Home Server. 🙂