Now this is cool . . .
469
post-template-default,single,single-post,postid-469,single-format-standard,theme-elision,elision-core-1.0.11,nested-list,woocommerce-no-js,ajax_fade,page_not_loaded,qode-theme-ver-4.5,wpb-js-composer js-comp-ver-6.6.0,vc_responsive 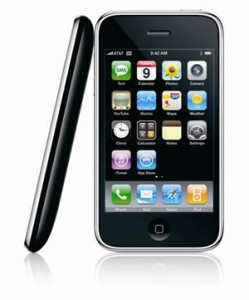 I know I haven’t been blogging much, most everything I do is on Facebook now or even Twitter. But this was cool enough that I had to blog about it. It just required more words than a wall post or Tweet would allow.

So I’m a subscriber to Sirius/XM Satellite radio. I have it in my car, Teri has it in her car and we love it! I also have the online subscription for a couple extra bucks a month, I can listen to streaming XM on my PC. I’ve wanted XM for my home theater receiver so I could stream XM throughout the house, but A) That requires an XM receiver to plug into my HT receiver and B) it’s an additional subscription fee. So I haven’t done it.

But TODAY, Sirius/XM released an iPhone app to allow you to stream Sirius/XM over your iPhone or iPod touch! I’m listening to it right now over WiFi and I gotta tell you, I’m impressed. I don’t know that I’d use it over 3G or Edge simply becuase I have it in my car.

So this is really cool. I have an iPod dock as a clock radio, so now I can listen to XM as I doze off at night. And I’d been planning to buy the iPod dock for my HT receiver anyway, so this is just another excuse to do so.

If you have an iPhone and are either an XM or Sirius or Sirius/XM subscriber AND have online access activated on your account, you should definitely check this out . . . it’s VERY cool.